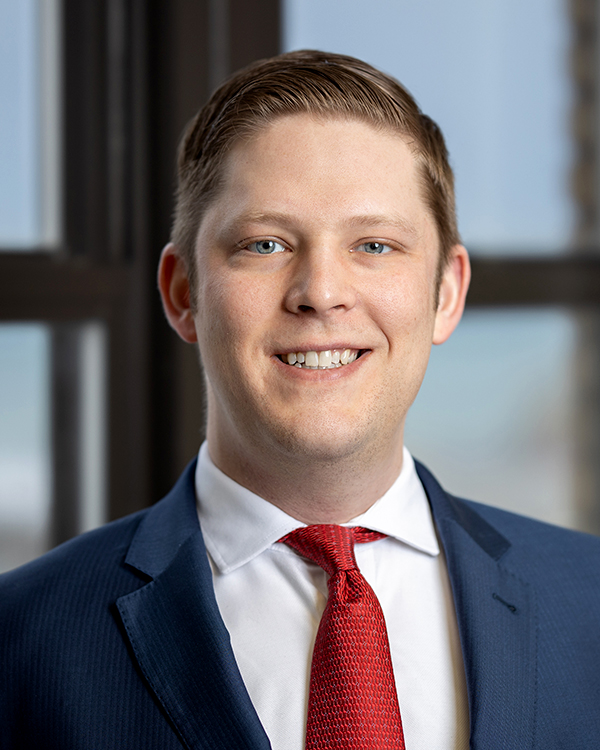 Mr. Webb is a member in the firm’s Litigation Department.  His practice is focused on Insurance Defense, with a concentration on defending against personal injury claims arising from motor vehicle accidents.  He represents not just individual drivers, but also larger clients involved in trucking accidents.  He is a member of the firm’s 24-Hour Emergency Response Team and regularly handles on-site investigations involving catastrophic accidents.  Additionally, Mr. Webb handles appellate work on his own files, having successfully appeared and argued in both the Third and Fourth Departments of the Appellate Courts of New York State.

Mr. Webb began his legal career as a trial attorney for a high-volume civil litigation firm located in downtown Chicago.  Throughout the course of his practice in Illinois, Mr. Webb gained experience immediately through not just handling the basic aspects of a personal injury case, but also by trying numerous cases to jury verdict in the Circuit Court of Cook County.  Following a successful career as a trial attorney in Illinois, Mr. Webb returned home to Western New York to continue his legal career.  Prior to joining Hurwitz Fine, he was a lead associate attorney with a local Plaintiff’s firm, handling all litigation-related tasks associated with that firm’s large case load.

Mr. Webb has been named to the Best Lawyers: Ones to Watch in America list in 2021, 2022 and 2023, as well as Upstate New York Super Lawyers Rising Stars list in 2020, 2021 and 2022.  In addition to being a member of various local legal organizations, Mr. Webb is also a member of the American Board of Trial Advocates, a national organization open only to trial attorneys that have obtained a requisite number of jury verdicts.

Courts of the State of New York

American Board of Trial Advocates