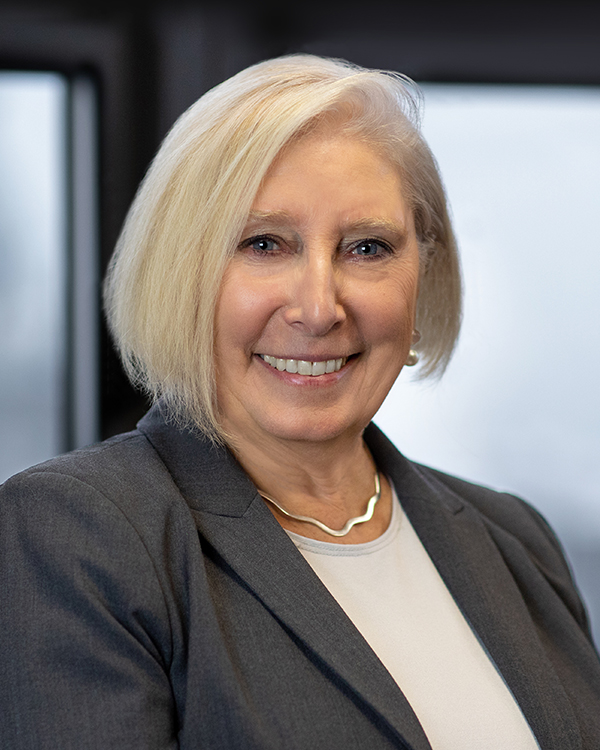 Ms. Evanko is special counsel and former President and Managing Partner of Hurwitz Fine P.C. Chair of the Labor & Employment group, her primary areas of practice include Labor & Employment and Business & Commercial Litigation. She advises clients on all aspects of employment law issues and defends employers in the full range of litigated matters including claims of discrimination, employment contract disputes and covenants not-to-compete. She also regularly advises clients on employment risk management and conducts in-house training programs.

A highly regarded mediator in both the board room and the court room, she is regularly engaged in the mediation of complex business, commercial and employment disputes. Ms. Evanko is a court selected mediator, having undergone extensive training through the International Institute for Conflict Prevention & Resolution, and has been a member of the United States District Court for the Western District of New York’s approved Mediation Panel since its inception. She is also trained in mediation of commercial cases through the Commercial Division, Supreme Court, Erie County. In addition to extensive experience as a court trained and recommended mediator, Ms. Evanko serves as a Fair Hearing Officer in connection with disciplinary and Fair Hearing proceedings.

Ms. Evanko is identified by Buffalo’s Business First as one of the most powerful and influential people in Western New York, named to both the “Power 250” list which recognizes the men and women who “wield the most clout in the region,” as well as the “Power 100 Women” list which showcases the region’s most  influential and powerful women. In 2016, Business First honored Ms. Evanko with a Lifetime Achievement Award for Women of Influence for her contributions to the community, to the women focused charitable organizations she champions and to the firm, and previously recognized her with the inaugural Business First “Women Who Mean Business” Award.

Ms. Evanko is well known and regarded in the legal community, and was the 2019 recipient of the Edwin F. Jaeckle Award, the highest award the University at Buffalo School of Law and the Law Alumni Association can bestow. She is annually named to the list of the Legal Elite of WNY in Business First, and is recognized as one of the Top 25 Women Lawyers and Top 50 Lawyers in Upstate New York by New York Super Lawyers Magazine. Ms. Evanko was recognized with special distinction in 2015 and 2018 as “Lawyer of the Year” for Employment Law – Management, in 2019 for Litigation – Labor and Employment and in 2022 for Mediation by Best Lawyers in America, which features the most highly ranked attorneys in the United States as selected by their peers in the legal community through an exhaustive independent review process.

In 2000, Ms. Evanko received the Committee on Women in Courts Award from the Eighth Judicial District in recognition of her pioneering achievement, outstanding leadership, and impact on the legal profession. She is the 1996 recipient of the Achievement Award and the 1990 recipient of the Marilyn Menge Award in recognition of her service and commitment to the Women’s Bar Association of the State of New York. Ms. Evanko was also awarded The National Conference’s Sisterhood/Brotherhood Award for outstanding leadership and contributions to the legal community. She was twice appointed by the Second Circuit to serve on Merit Selection Panels to recommend candidates for appointment as United States Bankruptcy Judge for the Western District of New York.

She previously served as member of the Board of Directors of Everywoman Opportunity Center, Inc., (2000-2007) where she received the center’s Award of Excellence in 1998 for providing a role model for women in Western New York. Ms. Evanko received the Athena Award in 2008, an award given by the Western New York Women’s Fund and the Buffalo Niagara Partnership to an individual who demonstrates support for the goals of women professionals, and provides significant and selfless assistance on their behalf.

Ms. Evanko served four consecutive terms as President of the Board of Directors of the YWCA of Western New York. She also served on the board of the YW-Housing Development Fund Inc. She was awarded with the YWCA 1999 Outstanding Achievement Award which recognizes women in Western New York who have demonstrated outstanding leadership and excellence in their professional and community endeavors. She is also a recipient of the 1995 YMCA Toast to Buffalo, which honors contributions to the Buffalo community. She is past Chair of the YWCA’s Finance Committee and Public Policy Committee which, under her leadership, received the 1991 Volunteer of the Year Award for its work with the Institute of Public Leadership. She is also a 2014 recipient of the Girl Scouts of WNY Women of Distinction Award.

Ms. Evanko is a frequent lecturer and panelist on issues of employment discrimination and women in leadership roles.

08/17/21: Mondaq: "The Age-Old Argument Of Who Qualifies As An Independent Contractor"

03/18/21: Legal Alert: Travel Plans? Just Another Reason to be Vaccinated!

05/07/20: Blog: Embracing Gratitude and New Opportunities in a Time of Crisis

4/4/19: Best Lawyers: Lecher Pays – Can Social Change Be Sped Up Via Legislation

1/31/19: U.S. News & World Report: Everything You Need to Know About Filing a Sexual Discrimination Complaint

9/16/16: Business First: Attorney Ann Evanko honored for being active in the WNY community